A downloadable game for Windows, macOS, and Linux

Deep Sea Dating is a short kinetic novel set in the Touhou universe. Follow Wakasagi, beleaguered mermaid princess, as she tries to make a good first impression on her werewolf girlfriend!

NOTE: There are a couple of minor choices during gameplay, but these have no effect on the ending so choose whichever you want!

Download the .zip file, then extract it and run the .exe contained within!

The Ghost of Nixon1 year ago

I liked this alot!

Aww! The ending was so sweet that was I gonna cry.

As a Ren'Py title, it should actually available for all three major platforms.

If you're using the itch app, though, it won't let you install it via it unless a developer marks the supported operating systems for each individual download on the itch site itself.

I'm sure eventually either the developers will figure out to do that by default whenever they upload files, or the "butler" system developed concurrently with the app will advance to a point that it can identify operating systems somehow, whichever comes first.

Super cute! Thanks for including a Linux version, too. 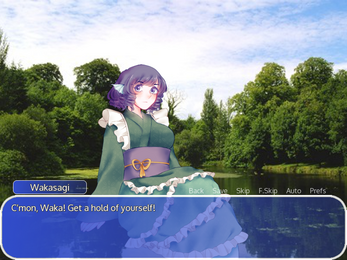 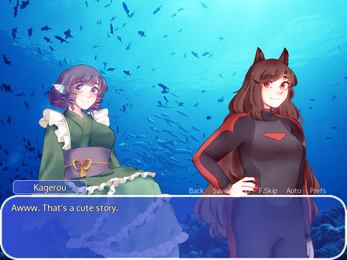 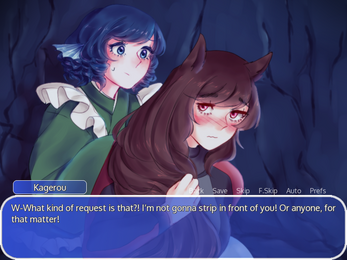